Is the Ubuntu core 20 image for AMD 64 for testing/dev purposes only, i.e. for virtual machine, or is it for being deployed to production generic AMD64 computers?

If it is for dev, then where is the generic Core Installation for AM64 computers?

I trid to install http://cdimage.ubuntu.com/ubuntu-core/20/stable/current/ubuntu-core-20-amd64.img.xz on a Celeron J1900 machine, and it failed with this: 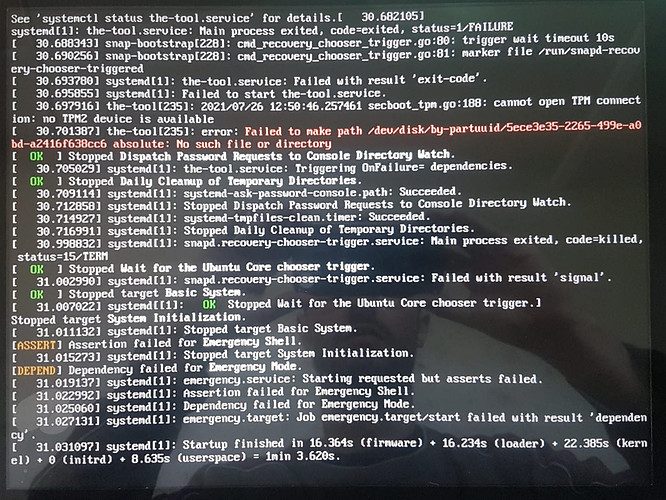 Failure as in it never got to the setup networking and login prompt, and then saying you can ssh in.

What sort of disk did you install Ubuntu Core 20 onto? We have some issues with the relevant storage drivers needed for some disk types not being present in the initramfs which leads to failures like you see here.

isn’t this error related to using a locked down (non-dangerous) image on a system without TPM ?

Its a SSD. I disassembled the computer and took the drive out, this it:
It says
“SATA SLIM 3ME3” made by “innodisk” 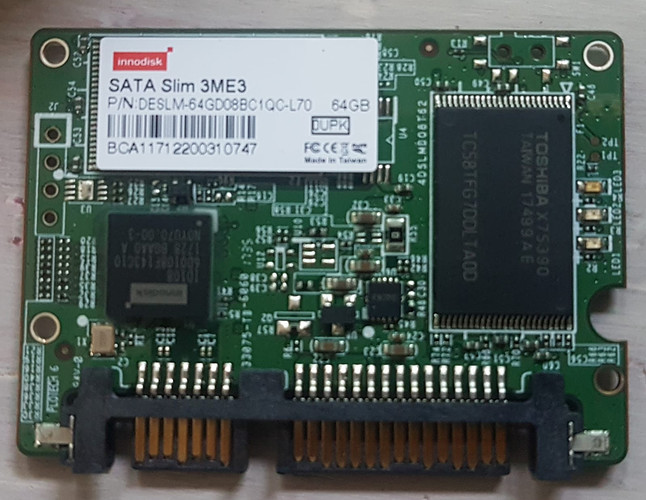 isn’t this error related to using a locked down (non-dangerous) image on a system without TPM ?

No, we always print that message off if there is not a TPM, and we don’t build/publish images that require a TPM (that would be grade secured, we only publish grade signed and grade dangerous images).

Can you boot ubuntu desktop live on this machine and run some commands to determine what storage driver is needed for this device ? See Ubuntu Core VMWare install fails - SCSI not recognized, NVMe so là là, SATA stable

it would rather be a module for the controller missing, not for the disk itself …

Will try that, in the mean time here some capture from a different harddrive: 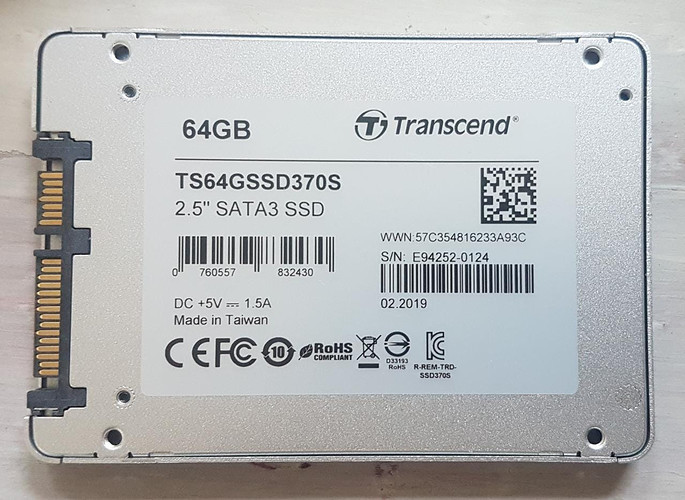 Waited about 10 mins and it did not get past this point: 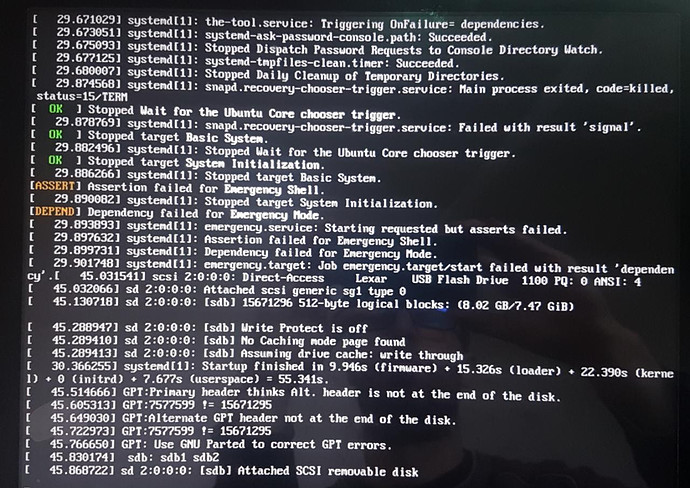 Heres the capture from the commands in the unix exchange post, is this what you requested?:

Just to calirfy, they are both the same machine, just different harddrives, will take a video now thanks

Okay this is weird, I filmed it, and it eventually booted into the existing Ubuntu classic.
Then I tried again, and it worked! Weirdness.

I placed the ubuntu core image on a flash stick booted from it, set it up. However when it restarted, the flashing was not permanent, it reverted back to Ubuntu desktop. I thought I had installed Ubuntu Core. How does one setup core such that the setup persists?

Thanks that makes a lot of sense.
I booted from a live CD, then I erased all partition’s of the computers harddrive. Then dd’ed the ubntu core amd64 .img onto the harddrive. It does not boot to the first time setup, just a black screen (that does not respond to ssh, and scanned the network its not connected). Do you know if one should setup boot partitions or something for Ubuntu core to run?

you should only dd the image to the raw device (not a partition though!!) like /dev/sda,/dev/nvme0n1, /dev/mmcblk0 … and that should be all that is needed … the image is partitioned inside already and will re-partition the device after/at first boot dynamically

Ok thanks for that confirmation, I was on the right direction.

So that seems correct, been playing with various BIOS settings, not sure what else to try.

that looks correct (assuming /dev/sdb is actually the correct disk) …

Does your device support UEFI? UEFI is required for UC20 to boot

Good point, but yes, when I try boot from a flash stick, it boots from UEFI partition. And have played with all the boot settings, and seen it requires UEFI from trial and error.

If I try boot from harddrive (tried 2 different harddrive models): This is all I get (no first time setup) 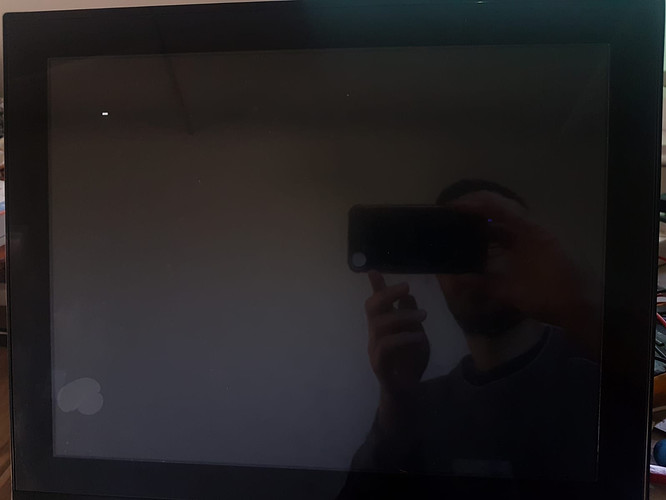 And If I boot from flashstick, I get this error (had to take a video and scrub frame by frame because it flashes so fast): 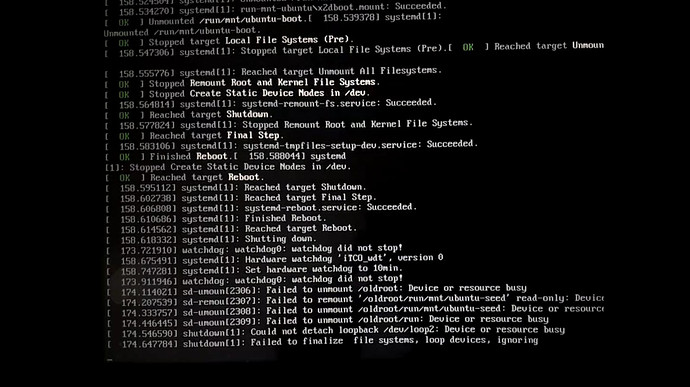