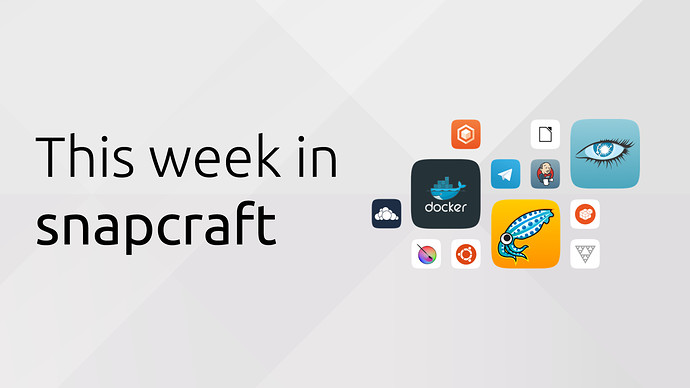 Welcome to the weekly development notes for snapcraft! This covers work from Sunday 10 until Saturday 16 September of 2017.

Highlights of the week

General nice things worth mentioning that have been accomplished during the week:

Spottings on the internet or events related to snapcraft or snaps:

Work that landed in master the past week