Is there a way to create a command without an executable

I wanted to create a snap of the XWiki using its already existing .deb file.

The Debian package installs a service, it’s registered in systemd and doesn’t have some executable to run.

I used the dump plugin and made the parts: but I was unable to build the app: without the command being executable 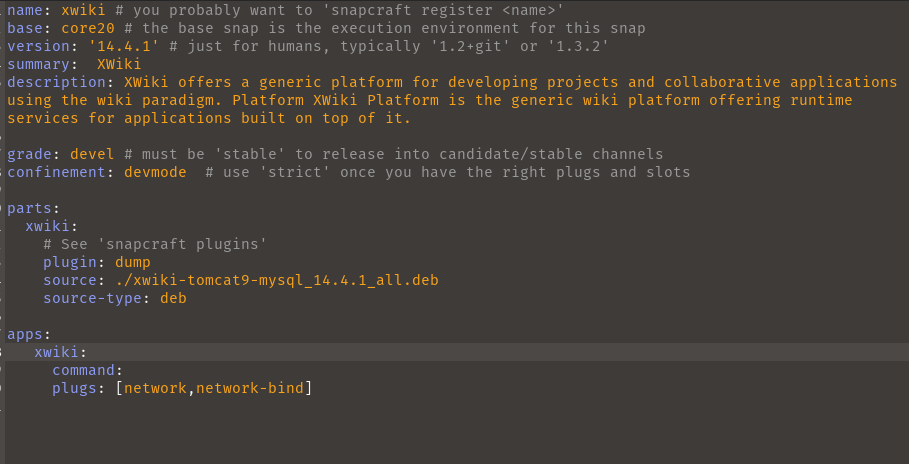 XWiki needs a daemon for its services and plugs too.

I tried to install the XWiki without the apps: but it doesn’t bind to the port(8080) and doesn’t run on localhost8080.

is there a workaround or better way to solve this problem?

here is the unsquashfs of the snap