Permission denied when building with snapcore/snapcraft

I’m still getting the same failure when using both of the versions I have installed:

Bugfix is at https://github.com/snapcore/snapcraft/pull/2240 , but it’s not at newest snap package.

So I removed snap version, and installed snapcraft from source, and it seems to work for me.

that shows you don’t have any other revision, and as I said

you can use revert to roll back to a snap revision you already have.

Can you detail how you are building? Having the snap and having docker are orthogonal situations for me.

But considering docker, by doing,

If however you are using snapcraft, I do not suspect the title of this topic is what is affecting you and I would appreciate a new thread to not mix up the topics for other casual readers passing through

I’m building a snap because we want to release ZAP as a snap.
I’m using docker to build it because I use Fedora which is not supported for building snaps

Yes there are 2 different problems here.
Although you can build zaproxy with snapcraft:stable you cannot run it - it fails with ‘desktop-launch: not found’. Thats a known problem which appears to happen for both stable and beta docker containers. Thats why we need to use latest. If you use latest then the build fails as per this issue.
Any idea when the latest image will be rebuilt?

This affects also me, because I get permission denied error.

To make new Docker version, you would need Dockerfile similar to this, but completed with all steps (I did not have time to finish it yet)

The snap version of snapcraft, that is installed with sudo snap install snapcraft --classic also does not have newest fix for permission denied yet.

I did not get snapcraft working in Docker, VirtualBox, etc. Only way to get it working for me was to install Xubuntu 16.04 64 desktop, and then install snapcraft from GitHub repo, so I did get Wekan snap package built and uploaded to snap store.

To remind myself later, I added wiki page for myself to: 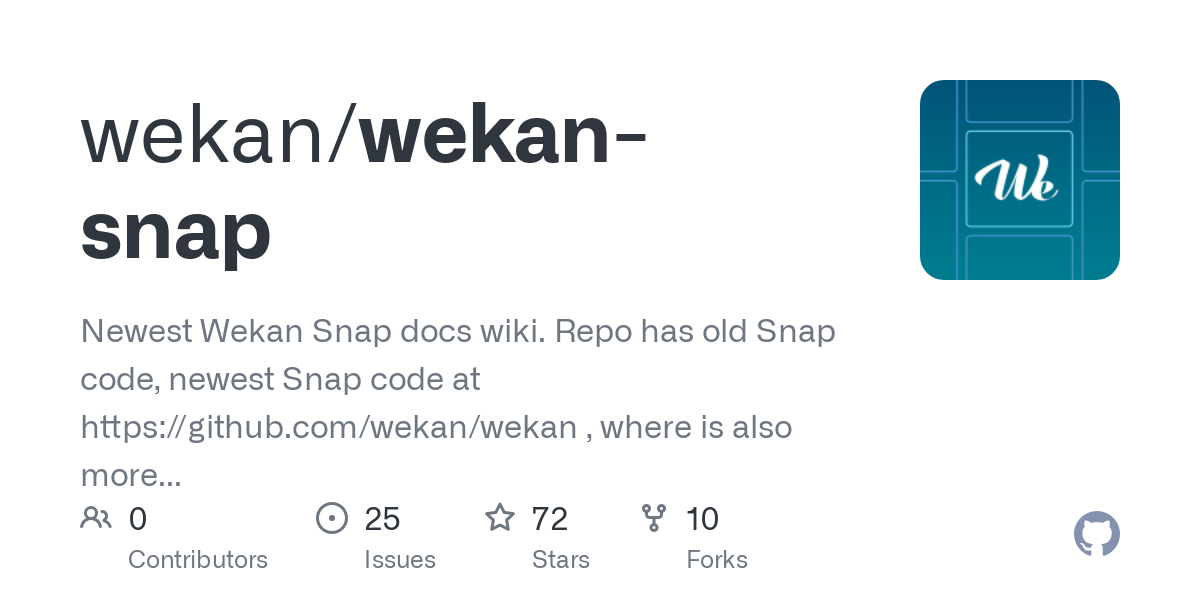 Snapping wekan - Docs at wiki. Contribute to wekan/wekan-snap development by creating an account on GitHub.

Today I noticed new activity on this issue, so I hope snap build servers will be fixed:

The snap version of snapcraft, that is installed with sudo snap install snapcraft --classic also does not have newest fix for permission denied yet.

For cleanbuild? That is true, 2.43.1 should have the fix, snapd was released a bit to quickly for us to sync that out.

To make new Docker version, you would need Dockerfile similar to this, but completed with all steps (I did not have time to finish it yet)

Why don’t you docker pull snapcore/snapcraft:stable though? That dockerfile, as is, will miss out environment settings when building classic confined snaps.

I build wekan for strict confinement. Not classic.

Any update on this?
The bug https://github.com/snapcore/snapcraft/pull/2240 appears to have been fixed.
But I’ve just had the same error using the most recent ‘latest’ docker image

For info I’m using the configs in this PR: https://github.com/zaproxy/zaproxy/pull/4965

Use the docker image tagged stable as @sergiusens stated above.

And as I stated above, the stable docker image does build the snap, but when you try to run the zaproxy snap it fails with ‘desktop-launch: not found’.

Sorry, I missed that bit

I’m not sure what else to suggest then, beyond coming across really arsey by suggesting completely changing your entire infrastructure to use snapcraft outside of a docker image (I appreciate that’s really not helpful

Its a pain because it was working until this bug reared its head.
I dont want to change my desktop distro just to satisfy one tool, but I can ask someone else who uses ubuntu to generate the snap.
But I would have thought an option for people who dont use ubuntu would be worth supporting…

did you consider using the lxd snap for container builds instead of docker ? (not sure how well this setup works on other distros, but perhaps it would be worth a try)

I’ve used docker a fair amount but not used lxd at all, which is why I went for docker. I dont have a problem using lxd but it’ll probably take me a while to get up to speed with it.

depending on your host distro, this should work:

Snapcraft 3, the snap-building tool, is designed to use a combination of Multipass and bases to both simplify the build process and to confine the build environment within a virtual machine. This mostly removes the need to use LXD. ⓘ See Snapcraft overview for details on both Multipass and bases However, it’s still possible to use LXD if you’d prefer. If you are using bases and Snapcraft version 3.4+ you can request to use LXD with the --use-lxd argument: $ snapcraft --use-lxd If yo…

For a dirty but quick build, use this one

How to create a LXD container for snap development doc

License Creative Commons — Attribution-ShareAlike 4.0 International — CC BY-SA 4.0+, with an exception of explicitly licensed to be compatible with the snapcraft.io documentation’s licensing. Benefits of snap development in a LXD container Multipass builds are essentially virtual machines, which suffer from the limitations of a VM: Limited memory capacity, which is not shared with the host Limited computation resources as only a subset of CPU cores are used in the VM(but configurable) Lower e…

I built the repo that was mentioned, check the asciinema video and it all worked (desktop-launch was found at least).

snapcraft/snapcore:latest is now fixed with 2.43.1

snapcraft/snapcore:stable also has 2.43.1 as well