In Warzone 2100, you command the forces of The Project in a battle to rebuild the world after mankind has almost been destroyed by nuclear missiles.

The game offers campaign, multi-player, and single-player skirmish modes. An extensive tech tree with over 400 different technologies, combined with the unit design system, allows for a wide variety of possible units and tactics.

Warzone 2100 was originally developed as a commercial game by Pumpkin Studios and published in 1999, and was released as open source by them in 2004, for the community to continue working on it.

Optionally for the videos:

Download either the Low Quality 169MB or High Quality (~945MB) file and copy to the data directory:

Network play: hosting a game as well as joining a network game. Hosting a game behind a NAT device using UPnP to open a port in the router firewall.

Test that the videos work.

Same issue I reported for castersoundboard. Depends on ubuntu-core but ubuntu-core is deprecated in favour of core.

I will try Warzone 2100. hopeful it will work

I have copied the file. 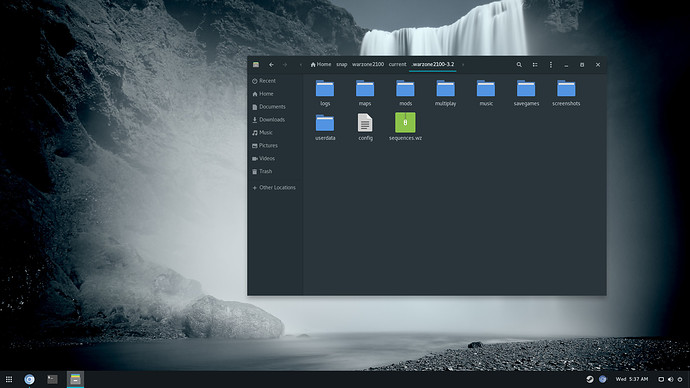 I’m trying to resolve the issue that affects the castersoundboard snap on your machine. I replied to the other thread already and if you have some time I would appreciated the extra information.

I just wanted to clarify one thing: none of those snaps technically depend on ubuntu-core or need to be updated. This seems to be a regression of some kind, affecting some users but not others. I’ll focus debugging on the castersoundboard thread you referenced.

@syntist : stack smashing detected. This is your bug that is affecting everything you appear to have tried installing

I think @syntist is running arch. Several reports of @syntist’s have had the same stack smashing detected alert and the snaps have failed to run.

Yeah i am using Arch Linux!

i am facing these issues in arch,

Everything worked as expected in terms of graphics and sound. I was able to host and join local games and join remote games. However I couldn’t host an online game, “Game unreachable, failed to open a connection to port 2100” which is likely due to my strange (openwrt) network setup. 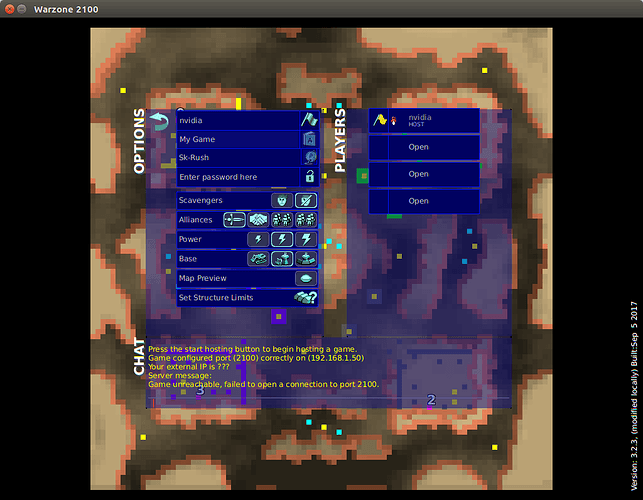 ignore that. if you successfully hosted locally then it is allowing bind already

Ok so now I got my snap issue worked out. Installs and runs fine using Debian 9 (testing) with 4.12.1 kernel.

However that is only with the internal Intel card. I can’t seem to get this snap (though it could be all snaps) to run using my Nvidia discrete graphics card. Usually I can get away with just running the program with primusrun warzone2100

Not in this case though.

Again don’t think I can blame the snap just probably my ignorance of how to Do The Right Thing ™ within snaps.

Otherwise, perfectly playable responsive and just as I remember it oh I dunno… about 6 years ago since I last played it?

However that is only with the internal Intel card. I can’t seem to get this snap (though it could be all snaps) to run using my Nvidia discrete graphics card. Usually I can get away with just running the program with primusrun warzone2100

Hmm I think nVidia Optimus has always been a pain, and might need some clever hacks to get that kind of setup working with the confinement. I am not knowledgeable in that area though

Otherwise, perfectly playable responsive and just as I remember it oh I dunno… about 6 years ago since I last played it?

I love that some of these old games have been opensauced. There’s also OpenRA which bundles Command & Conquer, Command & Conquer Red Alert, and Dune 2000 re-implementations from some very clever folk who reverse engineered the engine. (I’ve made that as a snap, too

Hey, nice. Can I suggest maybe providing a command in the snap that does the necessary downloads for you?

That basically does a curl or wget with a target for you?

I can try, but they’re evil evil sourceforge links which means they really want you to load their web page and refuse to give you a direct link even under the direct link link.

Maybe @zyga-snapd can check this out.

as i said in another thread about arch already, this looks like a missing kernel config option:

both need to be set …

Can I suggest maybe providing a command in the snap that does the necessary downloads for you?

I’ve managed to find the direct path to the downloads on one of the sourceforge mirrors meaning I can add a script to download the files automatically.

FORMAT may be any one of: